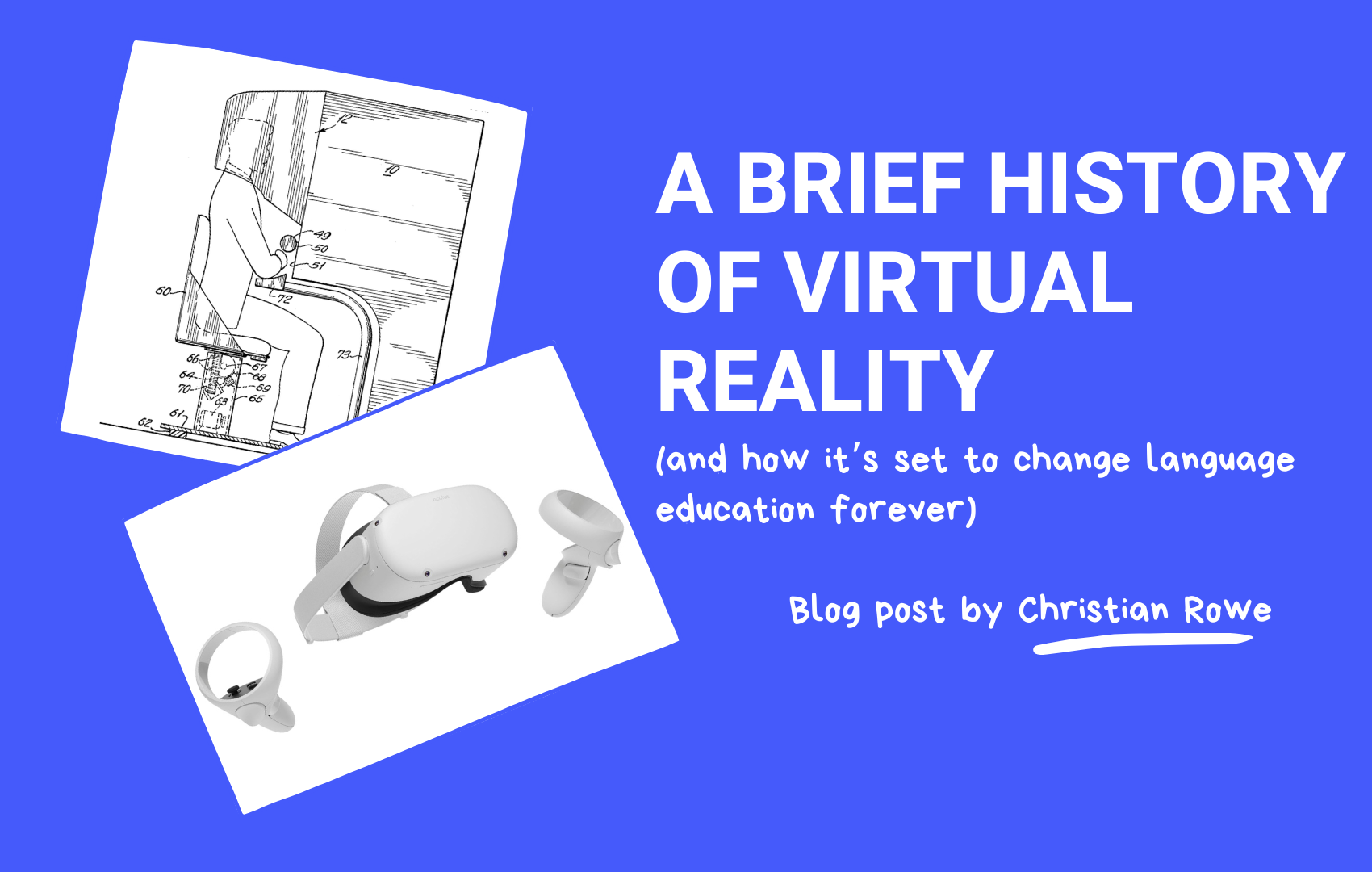 The history of modern technology has had more than its fair share of watershed moments; from the invention of the light bulb and the World Wide Web, through to the development of the sharing economy. These innovations and systems have changed the way we live and even how societies operate.

While immersive virtual reality (VR) is an important development and part of the technology timeline, it has always been on the fringes of popularity. And, as a result, it has never quite realized its potential from an educational perspective.

But that is set to change - and fast.

Just as Google’s Android operating system democratized access to smartphone technology, the Oculus Quest 2 VR headset will do the same with VR. This is thanks to its immersive user experience and relatively low price tag. In fact, students around the world are already taking English language classes in VR.

Let’s take a look at a brief history of VR and see what to expect as it enters the educational mainstream. We’ll also explore how teachers are using VR right now and how innovations in the VR market have changed the game for everyone.

The 1950s and the early evolution of VR products

While the term “virtual reality” was only coined in the late 80s by Jaron Lanier, the concept has actually been around for decades. In fact, the Sensorama - an immersive motorcycle experience in which you could ride around a city - was first invented by Morton Heilig in the 1950s and produced in 1962. It boasted a color display, odor emitters for city smells, a fan to simulate wind, stereo‐sound, and a seat that moved. It was ahead of its time in so many ways.

Heilig also patented the Telesphere Mask, the first head-mounted display, in 1957. It’s reminiscent of some of the more modern VR tech we are familiar with today.

While these inventions were not commercially successful at the time, we’ve long been curious about experiencing new, digital worlds and spaces. We’ve also used VR-like technology and simulators in training and educational contexts for something close to 100 years. Here are just a few examples:

But looking back at the history of VR, it’s only in the last few years that the tech has really taken off. In doing so, it has become more accessible to schools and educators.

So let’s take a look at some of the biggest recent developments:

Google Cardboard was launched in 2014 and really brought 360 image VR to the masses. While consumer VR had been available for some time, to be able to use the technology, it required deep commitments of money, time and space. This limited access to only the most dedicated companies and VR enthusiasts.

The Google VR viewer is made of a folded cardboard headset, into which users simply slide a smartphone. On putting on the device, users step into a 360 degree image environment and experience a light form of virtual reality.

That said, Expeditions app won’t be available to download after June 30th 2021 (instead educators will be able to use Google Arts and Culture, which offers VR tours). Google Cardboard was also discontinued in March 2021.

Most official headsets cost less than $15 - or people can build their own - making it the first truly affordable, easy-to-use, and expansive VR product on the market. Yet, overall, while Google VR democratized the technology for educators everywhere - and sparked a lot of enthusiasm for the medium - it had a very limited capacity. Users couldn’t interact within the space, and never quite felt like they were fully immersed.

After Google Cardboard, VR development really began to skyrocket. A number of powerful VR products were launched within a short period of time, and consumers took notice.

These mixed reality smart glasses were first released in 2016 - and HoloLens 2 was launched a few years later in 2019. In the classroom, the headsets let students engage with VR using a range of different apps, like VR frog dissection, for example. Microsoft also offers windows mixed reality, which lets students experience and interact with virtual worlds using just a tablet or PC.

Outside the classroom, Microsoft HoloLens is used for training in manufacturing, architecture, medicine - and a whole range of other industries. It comes with a hefty price tag, though: one HoloLens 2 headset today costs $3,500.

PlayStation VR is made for gaming. Launched in 2016, it features 360 vision and 3D audio that help to really immerse the player in a game. PlayStation also offers a platform called Dreams, with which people can make their own VR games and share them with the world. The headset costs $399.

HTC VIVE is another headset released in 2016, and the brand’s put out a number of headsets since then - including VIVE Pro, VIVE Cosmos, and VIVE Focus. The products are compatible with a huge range of educational apps for teachers to explore the Viveport store, and costs between $549-$1399 per headset.

2020: The educational VR of the future? It’s happening today

When many educators think of VR, they imagine a world that their students not only get to explore, but also interact with each other within. And now, that’s easier than ever before.

The Oculus Quest 2 was launched by Facebook in October 2020. It is now easily the most powerful and accessible wireless VR headset in the industry.  After all, each device cost just $299.

According to Mark Zuckerberg, it is also “on track to be the first mainstream virtual reality headset.”

In fact, Oculus Quest 2 reportedly sold more than 1 million units in the fourth quarter of 2020. That’s more than any other VR headset (not used with a smartphone) in history.

Perhaps this explosion in popularity is no surprise, in this interview on GQ, Facebook’s Mike Verdu says:

“When I first tried Quest, it really felt like the experience I had seeing the first iPhone,” says Verdu. “It was like an epiphany, like you have these transcendent moments where you're like, ‘Oh, the world has changed in a pretty profound way.’”

How Immerse Leverages the Popularity of Quest 2

Paired with our VR English language teaching platform at Immerse, teachers are able to create custom lessons and interact with their students in virtual reality. This is all while learners have fun picking up objects, speaking with their peers, and building their English skills in an immersive, engaging and stress-free environment. It’s what researchers call a “flow state.”

And while Immerse works great with distance learning, it’s not just a temporary solution. Rather, it’s a huge level up on even face-to-face English language lessons. Overall, it’s interactive and task-based learning in an exciting and virtual space.

Want to learn more? Check out how Immerse works - and book a strategy call - here.

To read up on how Immerse can improve your students’ learning outcomes, download  our white paper: Demystifying the Digital Realm. 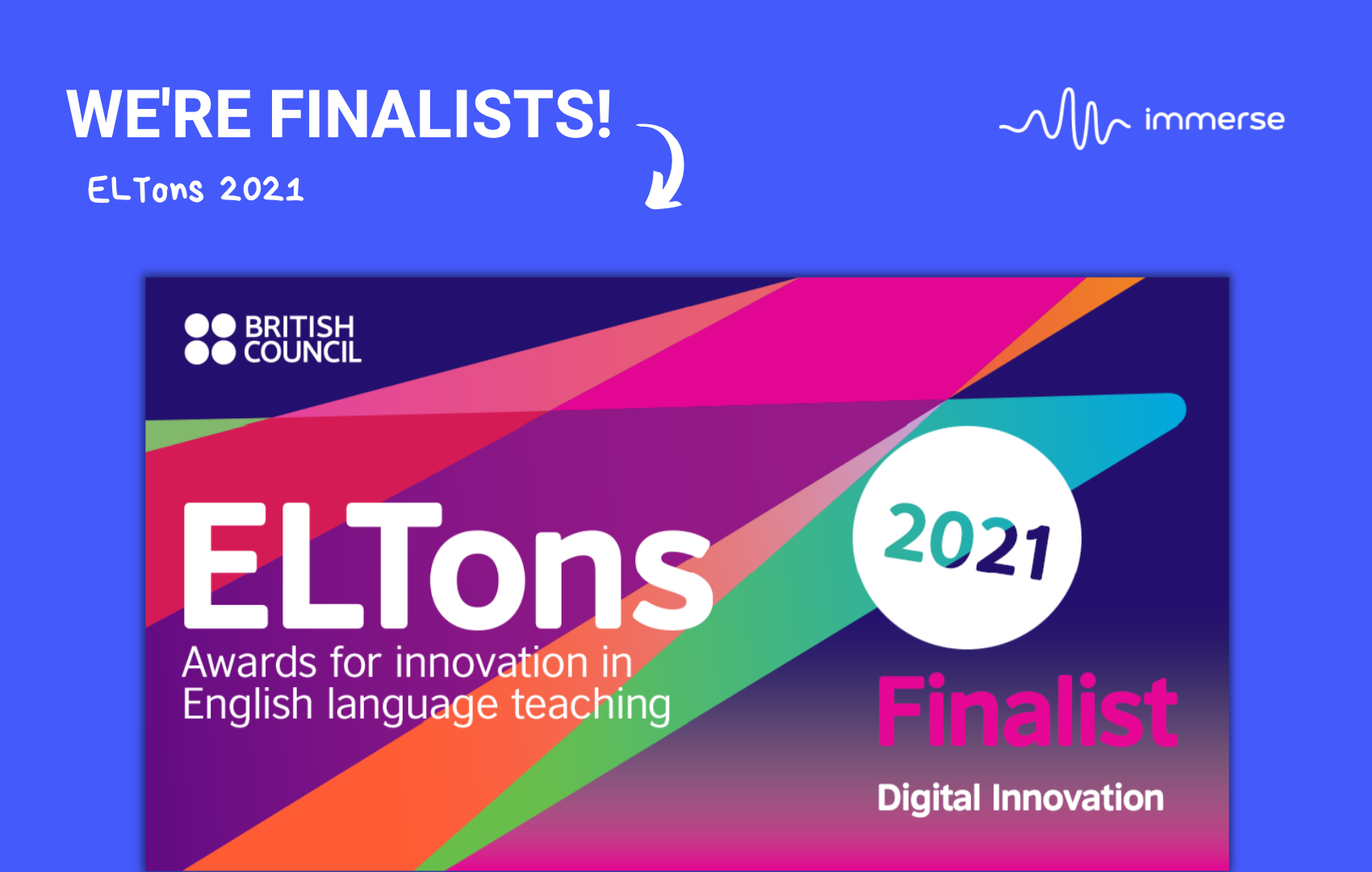 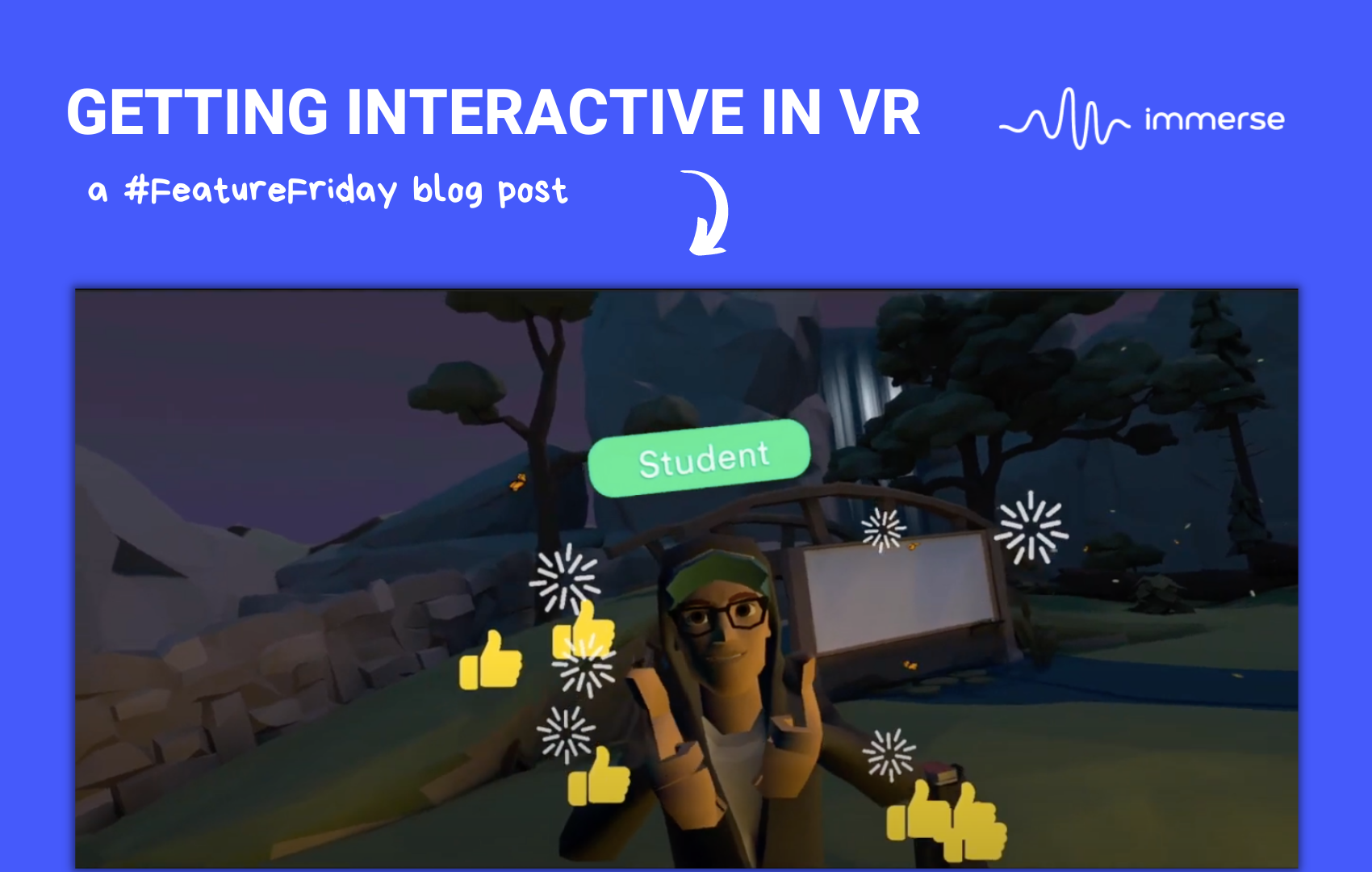 Getting interactive in the Immerse platform: Looking at the VR learning experience 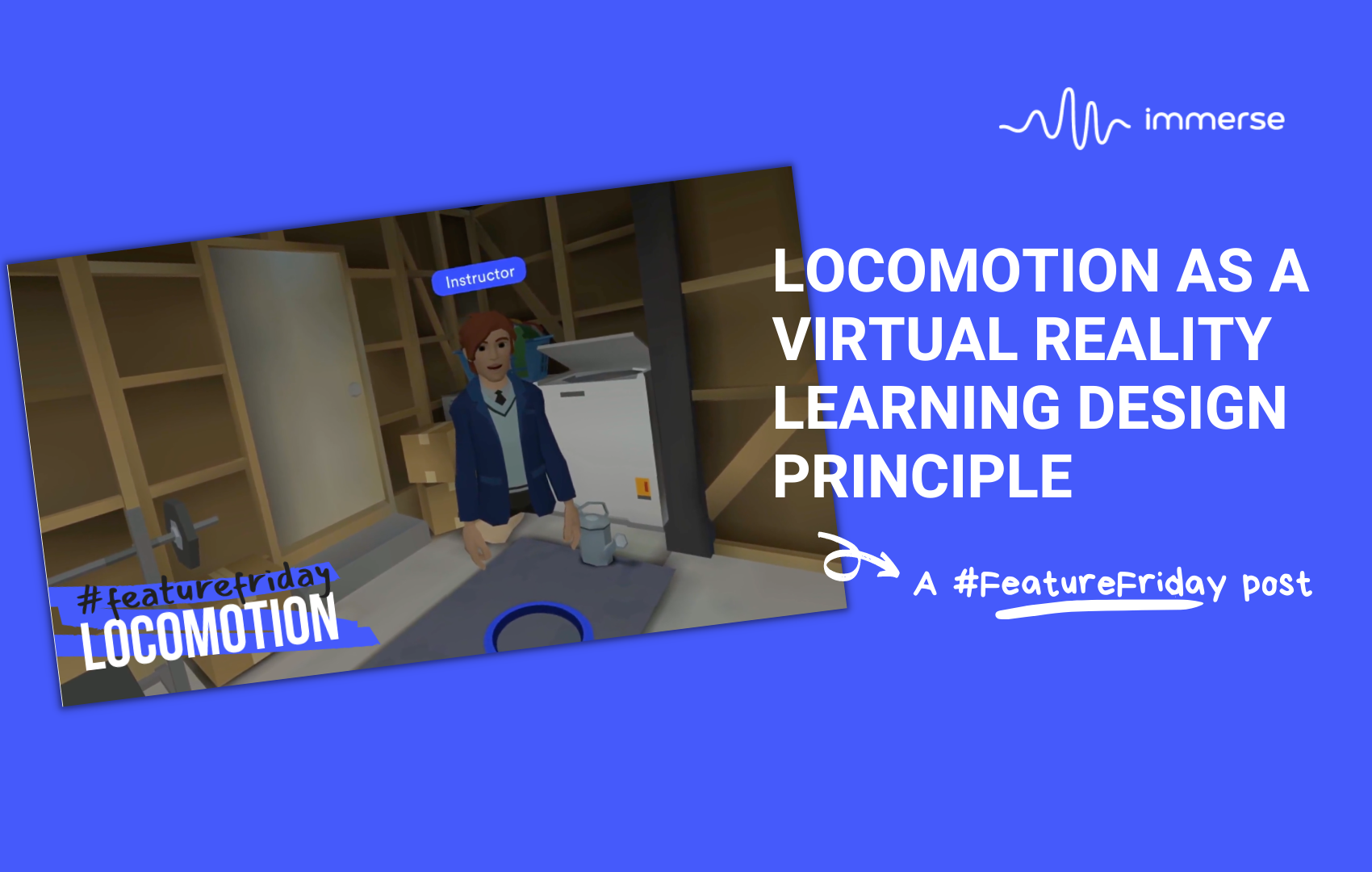